Our next new building project has started at Hornbydale. I won’t give the game away yet but will make posts under rondavel extension.

Digging the foundation trenches has mainly been about burning our way through a large number of boulders over the last two months. Here’s how it works…
First, collect a vast amount of firewood (eg saw up a full size pine tree). 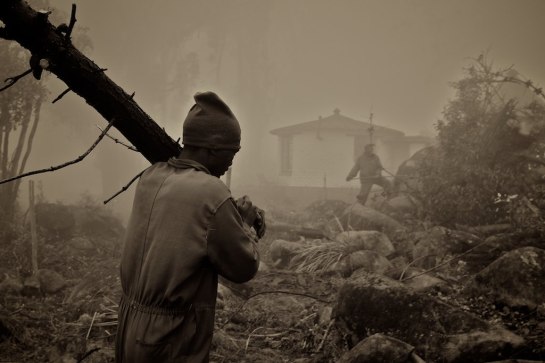 Second, make a bonfire around and over the offending boulder.

The blaze must be large enough (ie hot enough) to burn red hot for 8-12 hours so it’s generally an overnight process before the rock is hot enough. 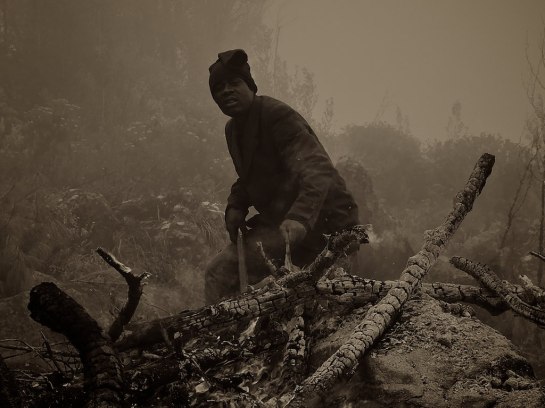 Through this time the granite will start mildly exploding and cracks will develop to various depths – some surface flakes and some deep bisecting cracks if we are very lucky! 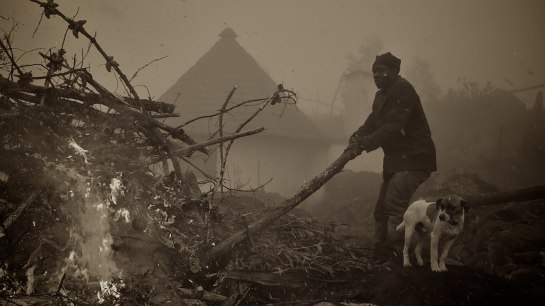 Mr Didmus and Snoopy at the fire 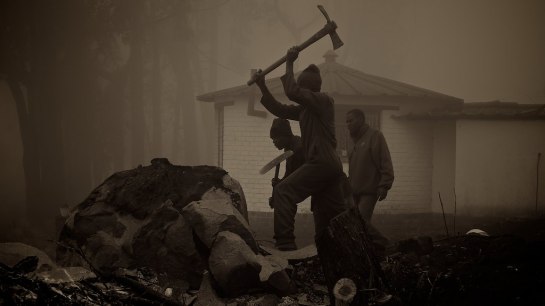 Mr Willard at work with the mattock

Then with a combination of brute force and a very strong crow bar start opening the cracks.

The whole process can take numerous ‘burns’ for rocks embedded in the earth. 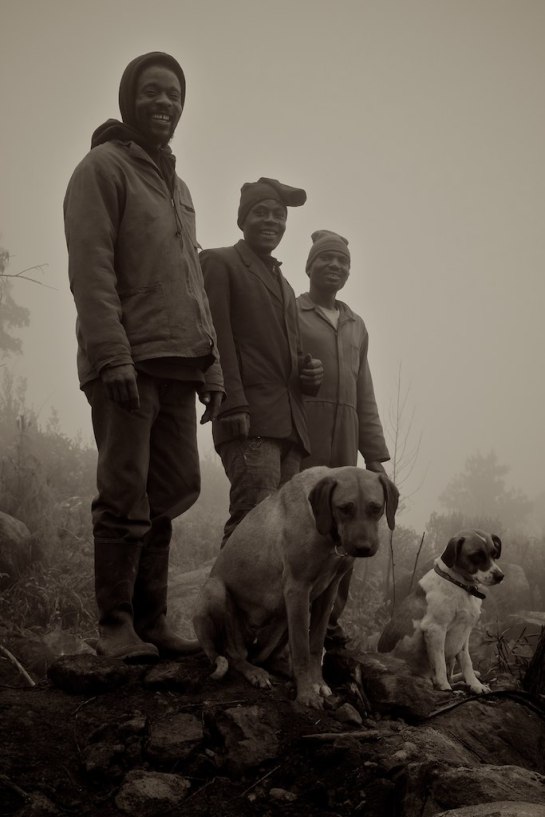 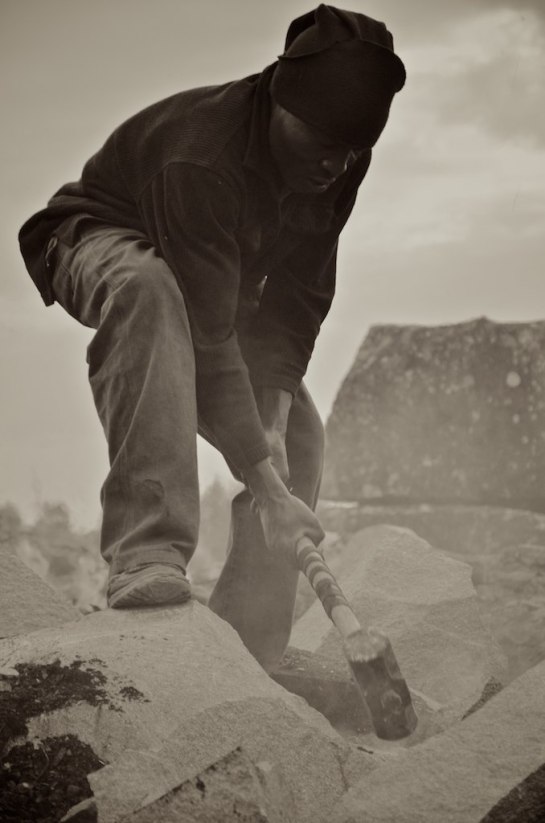 The really good side to all this is that we will use the new rock pieces as building material, instead of buying bricks. More on that once we start building… 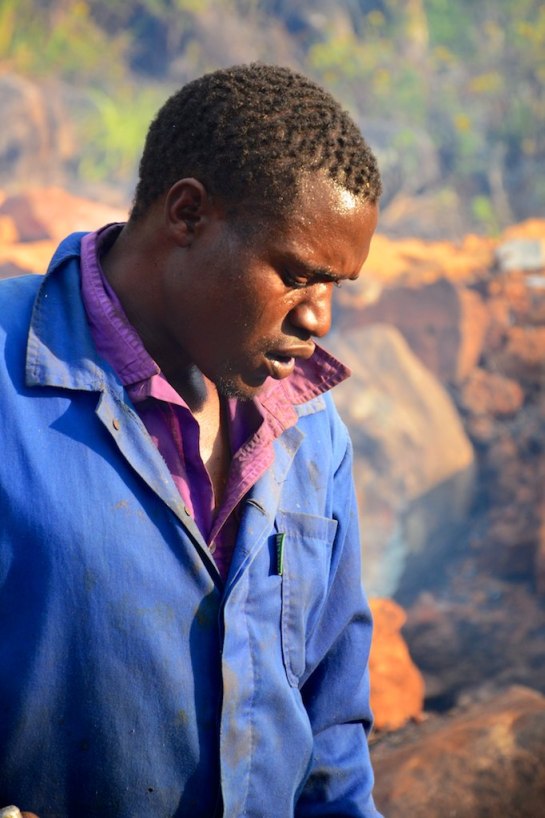